Ten Years! In 2004, the domain industry came together for the very first time at the Delray Beach Mariott Hotel, at the very first T.R.A.F.F.I.C. Nearly one year ago, Howard and I proudly announced our 2014 and 2015 T.R.A.F.F.I.C. shows would be in a hotel that could handle the volume and size of what is coming. Now we are here! The Fontainebleau awaits! 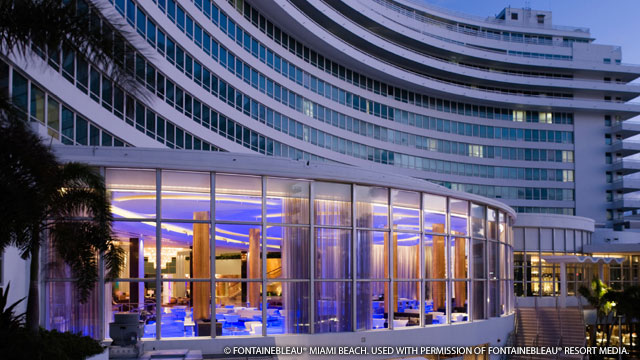 Of course, that does not even mention the overall sponsors we have had over the years and the success and growth they have enjoyed. Each sponsored for multiple shows and T.R.A.F.F.I.C. was THE turning point.

We have much more to write as we reflect upon ten years of domain success stories, but it is safe to say, borrowing an old line, that "you ain't seen nothin' yet!"

T.R.A.F.F.I.C. is known as the domain industry's premiere conference because it makes business possible. Whether those possibilities for business begin at the now-legendary Cabana Networking or will happen for you at this year's Road Rally, the Domain Landscape is changing, and nobody can deny that.

T.R.A.F.F.I.C. is the ideal venue to meet challenges head on and get the new ideas that make your domains as profitable as they can be. We once announced, "You can't always see into your future, unless you have a crystal ball." That line opened the video presentation at T.R.A.F.F.I.C. East 2006. Things have changed considerably since then, and the future can be seen! For domain owners and investors, the opportunity opening up in the next several months - indeed, the opportunities coming through the next few years - will be numerous. But, finding the most profitable ideas and opportunities is what T.R.A.F.F.I.C. is about.